In case you were wondering when the “Y” is lit up, don’t believe what it says on the BYU website. Apparently they don’t light it for graduation anymore. At least they didn’t this time. Of course we had to find this out the hard way after making sure that we made it to the parking lot early enough to beat the crowd and get our timing just right to be up there when they turned on the lights. Jokes on us, apparently. We still had fun anyway. 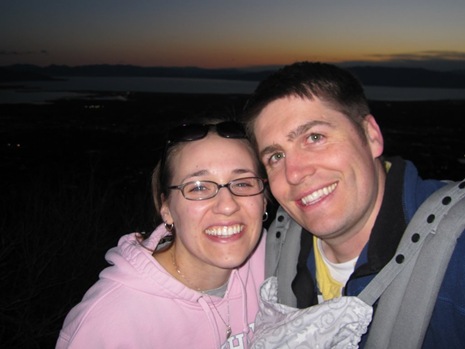 While my parents were here we decided that we wanted to go to the Salt Lake Temple to do a live session.  So Friday morning we headed downtown in the pouring rain. I like the rain but not so much when you have to walk in it…in church clothes…in heals…not so much.

Anyway, while we did our Temple thing, my dad walked around with Katelyn and harassed the sister missionaries.

When we finished in the Temple we were lucky that the rain let up a bit so that we could get a few pictures. It was kinda nice that the place wasn’t crowded with people like it usually is. Even on the first Friday after finals it was surprisingly quiet.

3 thoughts to “The lights were out”